With The Technique™, I wanted to create a brand new approach to storytelling craft that could respond to the 21st century in meaningful ways that I found the Method, postmodernism and other crafts I had utilized could not. They are beautiful practices, but craft must innovate constantly because craft provides the tools we need to make work relevant to our time. A guidebook about designing a go-cart, for instance, is not going to help me design commuter space travel.

Since childhood,  I’ve asked, “How does my work respond to NOW? How can I push form? How is art illuminating what I have to face in the world TODAY?” I never wanted to repeat something that had already been done. The fun of creativity is that it HASN’T HAPPENED YET! You start with nothing, space, a blank page...and then...mystery takes shape!
The shape of mystery is Story. Stories create new realms. They are not reportage for the repetitive mind. Stories illuminate the meaning our inner lives alone can see and crave to share. Stories shatter limiting paradigms and reveal new truths.
This breaking free is The Technique™. 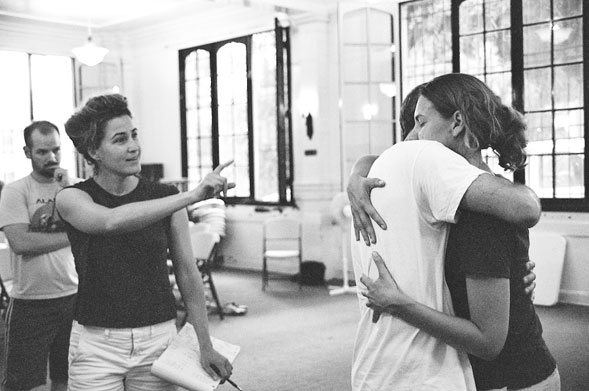 What Is The Technique™?
The Technique™ is a process for creative authenticity. Its tools are designed to create access to Self as Source. These practical, gettable tools cross multiple creative platforms in order to structure meaningful stories and express them in visceral, individual ways. It’s been said that The Technique™ demystifies the creative process but keeps the wonder.
I am often asked, “Is The Technique™ for directors only?” or “writers only?” or “actors only?” It is not for ANY only. It is for US. I cannot separate the writing of the story from the performance, direction or delivery of that story. Call it creative synesthesia. But a story exists through its fullest execution on every level. The Technique is unique in that it is a coherent language for ALL creatives. The tools can be applied to writing, directing, acting, producing, shooting, developing, pitching, brand building, any sort of action where story is present. Which means everything, because story is a part of every human act.
The Technique™ is unique among all other methods because its core philosophy asks us to completely change paradigms in order to structure meaningful product for our current moment. Accepted contemporary approaches focus on conflict and tension as the key to create successful Drama. The Technique™ takes an entirely different road. Call it a 21st century non-conflict based technique.
Currently, we’re taught to build stories in terms of antagonists and protagonists who duke it out with oppositional wants in order to create tension, crisis and resolution. “I want this, you want that, we fight. I want this, you want that, we fuck.”  And so we go until the big bust-up and characters either get what they want or don’t, they “learn” something or they don’t and, the End.
This approach won’t get you very far into structuring meaning. I learned this very early on and have spent a lifetime investigating other ways in. Think about any situation in your life that you’re grappling with in a real way. A parent dying. A child in a crisis of identity. The loss of a job. Learning. Getting sober. Falling in love. Can you tell the story of your experience using oppositional wants and two action verbs (fight, fuck) alone? How far can these few verbs get you into contending with an issue in a profound way?

Any meaningful experience asks us to deal with an issue. To move THROUGH the mountain reality presents us, rather than AROUND it. The mountain must be pierced. Truth must be lived through. This is the philosophy upon which The Technique™ is based. The Technique provides tools to help you connect to yourself as source, feel through the meaning of your story, and structure it through contrast. Contrast is based on a very different rhythm and shape; it moves differently. So imagine storytelling as sculpting contrast rather than pitting actions and feelings against each other. The Technique™ allows you to do this.
The Technique™ has been used to develop over 400 films, more than half of which are made or are in the works. The stats of the process are unprecedented in any creative field: 80 Lab feature films have been made. 79 have been released. The projects have been nominated 800 times and won 406 times including major nods at the Oscars, Cannes and Sundance. To date they have earned over 1.8 billion dollars. Even more astonishing,  70 of these 79 released films came to me without financing or a finished script. Theses projects include  such beloved and diverse entertainment as Transparent, Whale Rider, Little Miss Sunshine, Bill Cunningham NY, Anvil Story of Anvil, The Future, Arbitrage, Snow White and the Huntsman, Beginners, and many more. 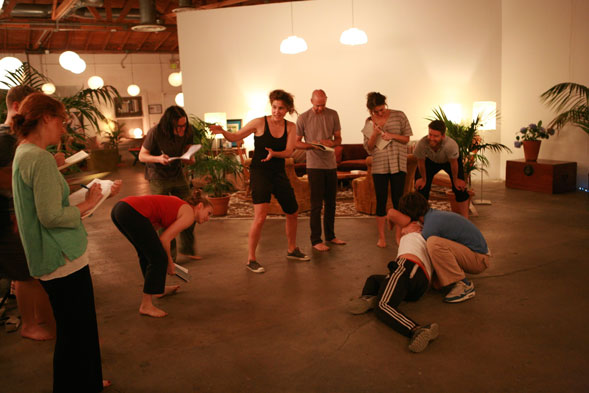 This book now explores the same tools used by these successful artists and makes them available to you.
Remember, the Technique uses investigation to unleash creative authenticity. It is not prescriptive dogma to follow in order to copy pre-existing genres. It will not rehash the Hero’s Journey. I developed the Technique in order to support the creation of new myths, new delivery systems, new ways of connecting to others for a new era hungry for new forms of storytelling. I hope it mystifies you, I hope it makes you furious, opens your mind , moves your heart, forces you to think. I hope it helps you generate wild success and spectacular failure as it connects you to your self as source.
As I write, I wish you this: May even one phrase in this book help you on your way to your own authentic self expression. May you step outside of your own self limiting script for even one moment and glimpse what is really inside you. May you tell your truth.
The Technique™ book is Coming Soon! 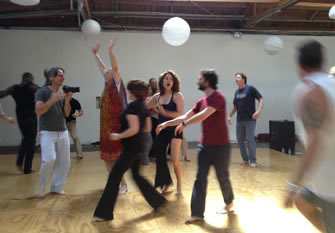 For more information about The Lab Series click on the title links above or email us at assistant@joanscheckel.com 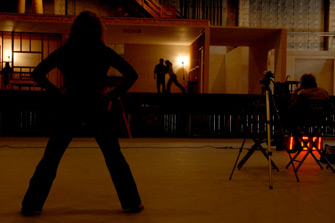